Sunsets can not be guaranteed

I’ve just had an unusual weekend.  I live in Warwickshire and went to East London to do a bookbinding course on Saturday.  This was the last in the series of ‘Introduction to Bookbinding’ at London Centre of Book Arts – more of this another time.

Saturday was a long day, so obviously I should drive for 6 hours on Sunday!  I wanted some coast therapy and all UK coasts are a long way from home.  I looked at the weather forecast and chose North Norfolk.  Why not?!

I could spend many days on this coastline but only had a few hours of daylight to enjoy it.  Cley would offer a variety of opportunities with its windmill and beach.  I used my film cameras and phone to take shots of the windmill area – the film hasn’t been developed yet but hopefully I got something reasonable. 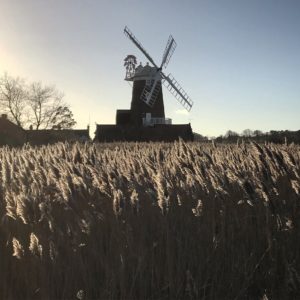 You can see there wasn’t going to be much sunlight left.  I quickly grabbed a sandwich and made my way to the beach.  I hoped there was going to be a lovely sunset over the small cottage on Blakeney Point – with the sun shimmering in the water around the reeds.  Best laid plans!

The waves were making an amazing noise crashing onto the shingle and the sun was setting over the land.  Which way should I look?  Priorities were sorted because the sun was about to disappear and the waves would still be there after sunset. 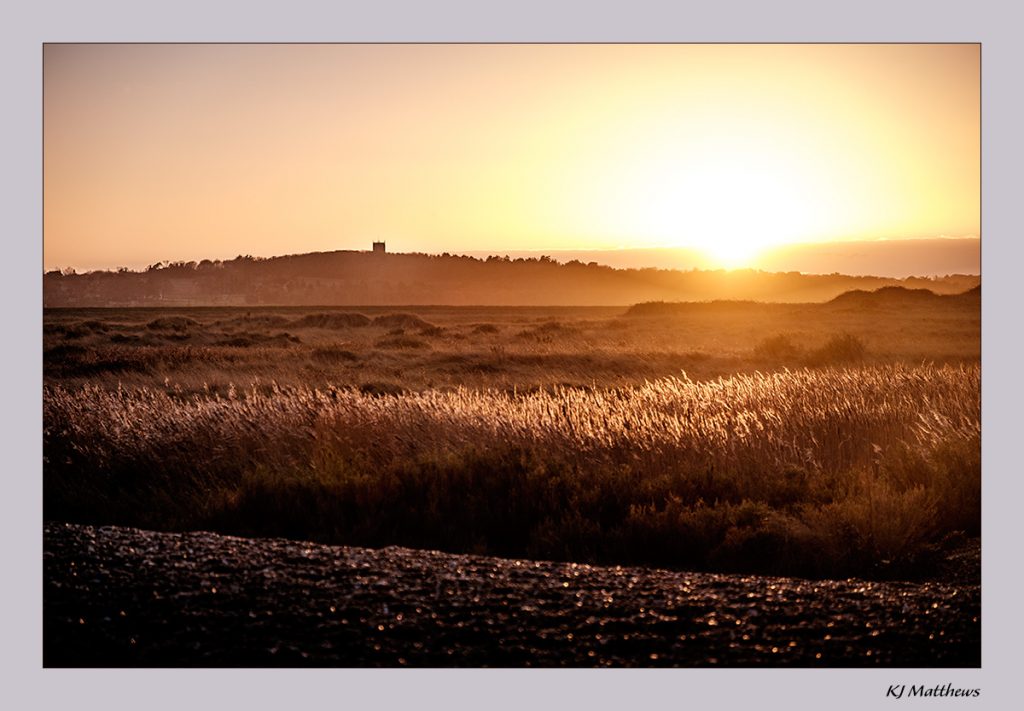 The sun was still catching the reed beds and creating a hazy orange glow over the land.  I’m glad I took some shots then as the sun disappeared very quickly and wasn’t going to give me my hoped for sunset. 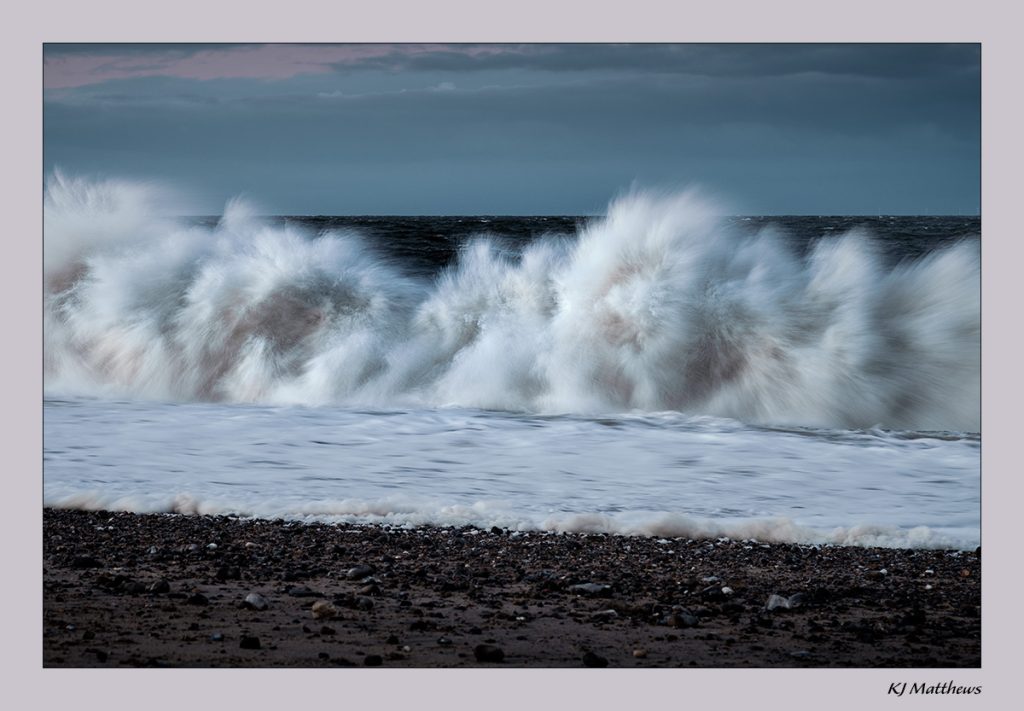 I turned my attention to the sea.  It was hard to ignore!  My ‘zoomiest’ lens is my Fujinon 60mm macro but it is far more than a macro.  It was also the only lens I had the filter adapter ring for because the other was sitting at home in my coat pocket, which I found out later.  I set my camera up on my tripod because I was going to try some long exposures.  Before I started that I took some non-handheld shots of the waves, I certainly can’t take 1/8 second shots handheld.  In burst mode I captured this one which shows how manic the sea was.

I am fairly inexperienced at long exposures but I thought I’d give it a go.  After a few non-starters I settled on Lee’s Big Stopper for 8 minutes.  I have no idea how the decreasing light levels effect the timings at all so it was very much ‘have a go!’  I quite like the effect I got and the wind turbines can be seen too. 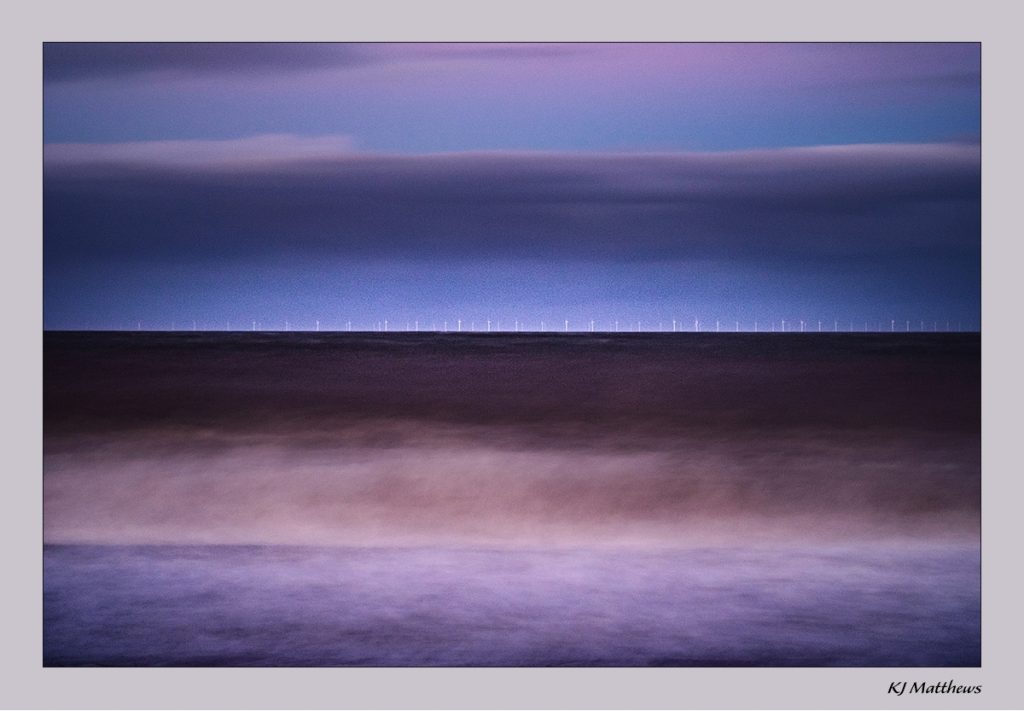 The longer exposure time with both Big and Little Stoppers failed miserably and I was getting cold.  I know for next time to put more layers on and have a torch.  I may not have got the sunset image I wanted but I got 3 totally different images in a short distance of space and time.

This site uses Akismet to reduce spam. Learn how your comment data is processed.